Huntley School has ended a 15-year monopoly at the National Schools Triathlon in New Plymouth at the weekend.

The collective score of their athletes was enough to win Overall Best School title knocking St Kentigern from Auckland off its perch after a 15-year dominance.

"Because we were up against schools with secondary and intermediate age athletes we needed to do really well in the junior grades and that's just what we did," Wood said.

"I'm really proud of how we performed as was headmaster Sam Edwards. St Kents have had a monopoly on it for the last 15 years."

Held on same course as the World Triathlon Cup, which was on the Sunday, there were individual races, team races, and supersprints â which is teams that tag each other while doing part of a triathlon each.

"We have been competing for the last six years and have gone close in the past," Wood said.

"Two years ago when it was held in Whanganui we finished second overall and last year in Nelson we were third. There were some fine individual performances, but it was in the team events we dominated." 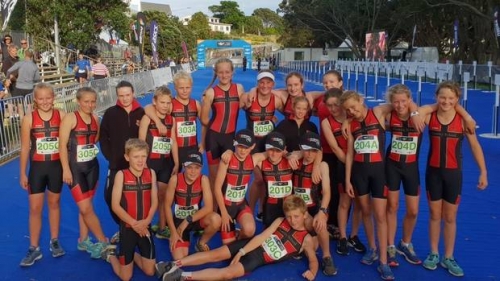 Search Huntley School on the app store to download this very handy tool for your phone or tablet.

See everything that's happening at Huntley School this term.

Get Appointment Contact Us Today Take a School Tour